The betel (Piper betle) is a vine belonging to the Piperaceae family, which includes pepper and kava. Betel leaf is mostly consumed in Asia, and elsewhere in the world by some Asian emigrants, as betel quid or in paan, with Areca nut and/or tobacco.

In India and Sri Lanka a sheaf of betel leaves is traditionally offered as a mark of respect and auspicious beginnings. Occasions include greeting elders at wedding ceremonies, celebrating the New Year, and offering payment to Ayurvedic physicians and astrologers (to whom money and/or areca nut, placed on top of the sheaf of leaves, are offered in thanks for blessings).

The betel plant is an evergreen perennial, with glossy heart-shaped leaves and white catkin. The betel plant originated in South and South East Asia.

Betel leaf and Areca nut consumption in the world.

In Bangladesh, farmers called barui<ref name="barouj">Template:Cite book</ref> prepare a garden called a barouj in which to grow betel. The barouj is fenced with bamboo sticks and coconut leaves. The soil is plowed into furrows of 10 to 15 metres' length, 75 centimetres in width and 75 centimetres' depth. Oil cakes, manure, and leaves are thoroughly incorporated with the topsoil of the furrows and wood ash. The cuttings are planted at the beginning of the monsoon season.

Proper shade and irrigation are essential for the successful cultivation of this crop. Betel needs constantly moist soil, but there should not be excessive moisture. Irrigation is frequent and light, and standing water should not remain for more than half an hour.

Dried leaves and wood ash are applied to the furrows at fortnightly intervals and cow dung slurry is sprinkled. Application of different kinds of leaves at monthly intervals is believed advantageous for the growth of the betel. In 3 to 6 months the vines reach 150 to 180 centimeters in height and they will branch. Harvest begins, with the farmer plucking the leaf and its petiole with his right thumb. The harvest lasts 15 days to one month. Betel plant has made its way to research labs of many Bangladesh chemical and food nutrition companies.

The harvested leaves are consumed locally and exported to other parts of Asia, the Middle East, Europe, and the Americas. Betel is grown and cultivated as an important crop in rural Bangladesh.Template:Citation needed

The primary use of betel leaf is as a wrapper for the chewing of areca nut or tobacco where it is mainly used to add flavour. It may also be used in cooking, usually raw, for its peppery taste. 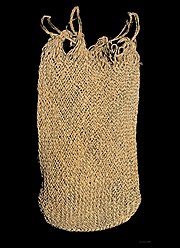 Some reports may suggest that betel leaf by itself has adverse health effects, in part because of tannins delivered by the leaf and for reasons currently not fully understood.<ref>Morton, J. F. (1992). Widespread tannin intake via stimulants and masticatories, especially guarana, kola nut, betel vine, and accessories (pp. 739–765). Springer USA</ref> For example, one research paper studied<ref name="Doi">Template:Cite journal</ref> chromosome damaging effect of betel leaf in human leukocyte cultures. These researchers report an increase in the frequency of chromatid aberrations when the leaf extract was added to cultures. Another scientific study from Japan<ref name="DoiBF">Template:Cite journal</ref> indicates that the lab rats that ate a mixture of betel leaf and areca nuts all had severe thickening of the upper digestive tract whereas after undergoing a diet of betel leaves alone, only one laboratory rat ended up having a forestomach papilloma.

Betel vines are cultivated throughout southeast Asia in plots whose area is typically 20 to 2000 square metres (0.005 to 0.5 acre).

In India, a 2006 research reported<ref name=GUHA>Template:Cite journal</ref> betel vines being cultivated on about 55000 hectares of farmland, with an annual production worth of about IN Rs. 9000 million ($200 million total, averaging $1455 per acre). The betel farming industry, the report claims, supports about 400,000 – 500,000 agricultural families.

A March 2011 report claims that betel farming is on a decline in India.<ref name=CSE1>Template:Cite web</ref> While in ideal conditions, some farms may gross annual incomes after expenses of over IN Rs. 26,000 per 10 decimal farm ($5,780 per acre), a betel farm income is highly erratic from year to year, because of rainfall patterns, temperature, and spoilage rates of 35% to 70% during transport over poor infrastructure.<ref name= GUHA/> Simultaneously, the demand for betel leaves has been dropping in India because of acceptance of gutkha (chewing tobacco) by consumers over betel leaf-based ‘‘paan’’ preparation;<ref>Template:Cite web</ref> the report cites betel leaf trading has dropped by 65% from 2000 to 2010, and created an over supply. As a result, the report claims Indian farmers do not find betel farming lucrative anymore.<ref name=CSE1/>